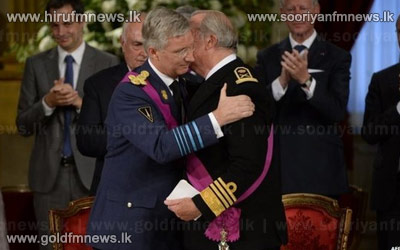 Crown Prince Philippe has been sworn in as king of the Belgians after the emotional abdication of his father Albert the 2nd.

The Oxford- and Stanford-educated, trained air force pilot took the oath as the country's seventh king in a ceremony in parliament.

To warm applause, King Philippe , promised to uphold the constitution.

Belgium has a constitutional monarchy in which the king plays a largely ceremonial role.