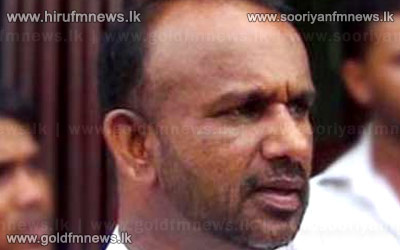 The Nomination Committee of the Sri Lanka Freedom Party has decided to offer nominations to the former Pradeshiya Sabha member who made a teacher kneel at the Nawagaththegama Navodya College in view of the upcoming polls.

Subsequent to his appearance the nomination board had decided that he was eligible to contest the upcoming polls.

Subsequently he was produced before court-was remanded & was released on bail.

Following the incident Minister of Education Bandula Gunawardhana expressed the following views in this regard.

However Teacher as well as Principal trade unions have threatened to withdraw from election duties if the Lal Sarath Kumara is presented with nominations.

Express his stance to the public regarding the SLFP’s Nomination Committee decision.

Chief Secretary of the CTU Joseph Stallin speaking to our news team expressed further views in this regard.