Complaints to the police again from the Husband of teacher who was forced to kneel down. 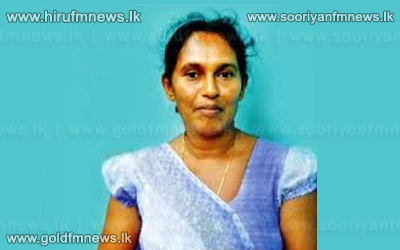 The husband of school teacher Priyaani Susilaa Herath whom a provincial councilor had forced to kneel down in the school premises lodged a complaint to the Navagattegama police yesterday.

The teacher’s husband complained that certain statements made at people’s rallies in the area by former North Western Provincial Councilor Ananda Sarath Kumara who had made the teacher kneel down, were a threat to her life.

In response to an inquiry our news team made about this from the teacher concerned, she said that she hoped that the police would hold a fair inquiry about the complaint.

Replying to a query by our news team, the Navagattegama Police, said such a complaint had been lodged and an inquiry would be held about it.

However, Lanka Teachers’ Association General Secretary Joseph Stalin said that the former Provincial Councilor released on bail with regard to the incident  was thus making statements violating the bail conditions.

The former Provincial Councilor Ananda Sarath Kumara accused of having made the Navagattegama National School teacher kneel down, has by now been released on bail.

While the said former Provincial Councilor had appeared before the SLFP nomination board to contest at the provincial council election this time, subsequently the said board approved giving nomination to him.