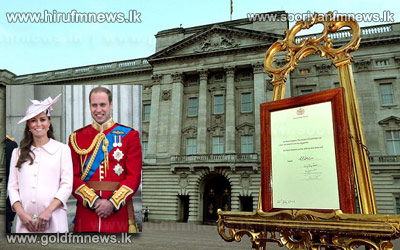 Britain's Prince William and his wife Kate were celebrating yesterday, after she gave birth to a baby boy, providing the royal family with a future king and sparking a global media frenzy.

Cheering crowds rushed towards the gates of Buckingham Palace as it was announced that the Duchess of Cambridge had produced a healthy male heir weighing 8lbs 6oz (3.8 kilos).

The as-yet unnamed baby is third in line to the throne and in the direct line of succession after Queen Elizabeth II's eldest son and heir Prince Charles, and then his eldest son William.