Dr P B Jayasundara forwards a letter to the court regarding the VAT scam. 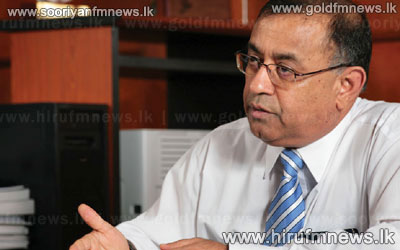 Dr. Jayasundera had sent a letter to the court through his representative instead saying that he has no idea of the information regarding the scam occurred at that time.

Commissioner General of Inland Revenue Mallika Samarasundara appeared in court to give evidence.

However she informed the court that she has no idea about the incident but provided the names of 4 heads of different divisions of the Department to obtain the necessary information.

The court ordered to issue summons on the four officers to appear in court and give evidence for the plaintiff.

A Former Inland Revenue Deputy Commissioner Angampodi Gnanasiri de Soyza Jayatilaka is the only suspect remand in connection with this Vat scam case.

Appearing on behalf of the plaintiff, Additional Solicitor General Buwaneka Aluvihare informed the court that the Secretary of the Finance Ministry could be summoned on other day.

At that moment, President Counsel Tilak Marapana who appeared on behalf of the suspect informed the court that about 1000 income reports of this case have already been exposed.

The case will be taken again for hearing tomorrow.