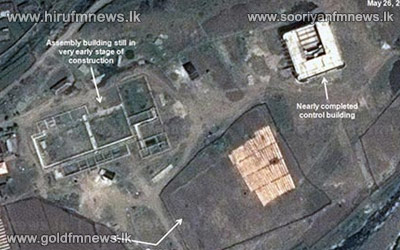 Fresh satellite images confirm that North Korea has halted construction at a facility to launch a new generation of long-range rockets.

The building of a new launch pad, missile assembly building and launch control centre at the Tonghae Satellite Launching Ground slowed and then stopped around September 2012.

The new facilities were intended to handle rockets larger than the North's Unha-3 space launch vehicle which successfully placed a satellite in orbit in December last year.

Although tagged by Pyongyang as a purely scientific mission, that launch was seen by the international community as a disguised ballistic missile test and was punished by additional UN sanctions.