Verdict on the case of causing annoyance to Rukantha and Chandraleka today. 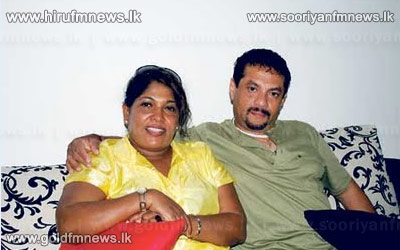 The verdict of the case over barging into the Mattegoda house and annoying well-known singers Rookaantha Gunatilleke and Chandralekhaa Perera 13 years ago, is scheduled to be announced today.

Eleven police officers who had served in the Security Division of former President Chandrikaa Bandaranaike have been charged in connection with the incident.

The relevant case will be taken up for hearing before the Panadura High Court Judge Kusalaa Sarojinee Weerawardhana today.

Allegations had been filed against suspects over being members of an illegal assembly on 26th January 2000 and barging into the Mattegoda house of Rookaantha Gunatilleke equipped with arms and causing annoyance to fulfill a common aim.

The Attorney General had thus filed nine serious charges including stealing jewelry from Rookaantha Gunatilleke’s house and taking away his jeep.