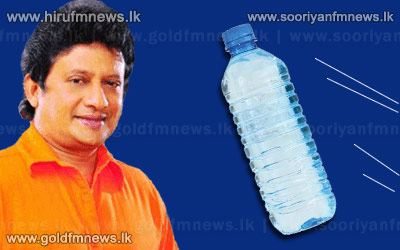 A group of carpenters from Moratuwa have begun a protest march demanding fair prices for their products.

Our regional correspondent reported that traffic on the Galle road heading towards Galle was blocked at Rawathawatta due to this protest march which began in front of the Katubedda Anandaramaya with the participation of the clergy.

Several protesters had hurled water bottles at the Minister of Postal Services Jeewan Kumaranatunga who went to inquire from the carpenters regarding their issues.

Our regional correspondent also reported that the protesters jeered and hooted at the minister expressing their displeasure.

However, several carpenters spoke to our news team regarding the difficulties they are facing in the following manner.