5 proposals from the JVP 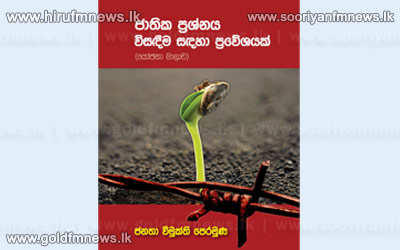 The JVP presented a 5 point proposal today as a solution to the national issue.

Reducing public suppression, to consolidate democracy and freedom, concessions for those oppressed and creating social welfare were included in the proposal.

In addition it also included points regarding the restoration of areas affected by the war and unity instead of separation.

Leader of the JVP Somawansa Amarasinghe had the following to say with regard to the 5 point proposal presented by the JVP.