Dayasiri to contest the NWP council election under the SLFP ticket; Nalin Bandara appointed by the UNP to fill vacant seat. 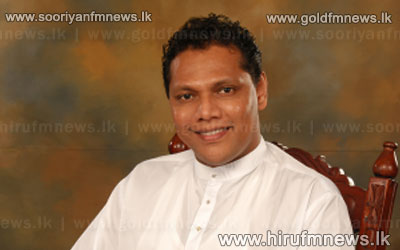 A popular UNP parliamentarian Dayasiri Jayasekera resigned from his post and joined the UPFA today.

Before he resigned from his parliamentary post, the MP made a special statement in parliament.

During his lengthy statement, Jayasekera claimed that the UNP leadership gradually expelled all outstanding leaders from the party.

He also said that the UNP leader ignored him and MP Buddhika Pathirana for one single reason.

Dayasiri said that after returning to his original party, the SLFP, he would exercise his expertise to win the North Western Provincial Council for the UPFA government.

He also said that in order to respect the voters who elected him to parliament; he did not defect but resigned instead to contest in an election again.

Speaking further MP Dayasiri Jayasekara stated that he joined the SLFP in a similar way to how Keppitipola Nilame who was with the English joined the Sinhalese in the latter stages of the struggle for freedom.