Emigrants from Mirissa who met with accident rescued. 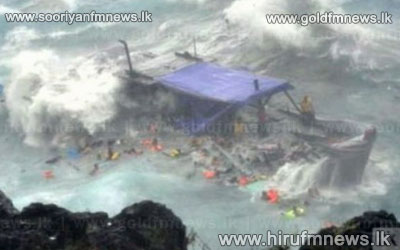 The Navy says that it rescued the group of illegal emigrants who met with an accident when sailing bound for Australia.

Navy media spokesman Commander Kosala Warnakulasuriya said that a commercial ship and the navy jointly rescued 73 Sri Lankans from the vessel that had met with the accident.

The navy media spokesman said further that they were scheduled to be taken to the Galle harbour today.

The vessel that had taken the illegal emigrants was floating in the sea yesterday 280 nautical miles away from Mirissa.