Former PC who made teacher kneel re - remanded 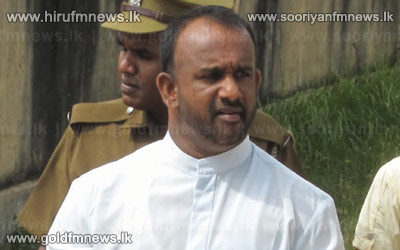 Former North Western Provincial Councilor Ananda Sarath Kumara who was on bail after forcing a lady teacher to kneel down was remanded again until the 8th of August.

Anamaduwa District Judge Ranga Dissanayake remanded the suspect after the lawyer of the plaintiff informed the Court that the suspect had breached the bail conditions.

He also informed the court that the former PC member had made threats to the victim while making speeches at public gatherings in the area.

After the court proceedings, Plaintiff’s lawyer Priyantha Gamage expressed his views to our news team.

Having appeared before the UPFA nomination board on the 16th of this month, former PC member Ananda Sarath Kumara assured the media that he would get nomination to contest the forthcoming election.