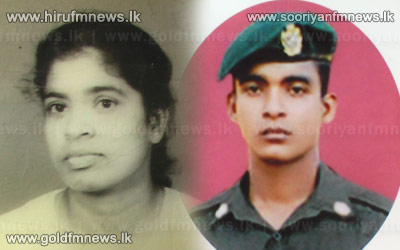 Residents of Goma Handiya in Laggala are staging a protest against an accident in which a mother and her son killed this morning.

Laggala police said that protesters have attacked 10 sand transporting tippers which were passing the area.

Vehicular traffic on the Mahiyangana Hettipola road has still been disrupted due to the protest.

47-year-old mother and her 23-year-old son of Devaladeniya in Laggala died this morning when the motor bicycle which the son was riding knocked down by a sand transporting tipper at Goma Handiya.

The mother was returning home with her elder son after dropping the younger son at the school for him to join an excursion.

During the protest, several residents also expressed their views to our  news team.