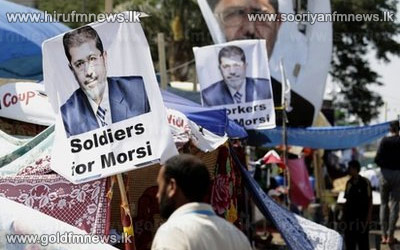 The Egyptian army has warned it will use force to combat "violence and terrorism", as the country braces for rival rallies planned for today.

Egypt's army chief General Abdel Fattahi had earlier called for protests on Friday to give the military a mandate to confront "potential terrorism".

Supporters of ousted President Mohammed Morsi are also expected to demonstrate to demand his reinstatement.

The UN has called for his release; he was detained on 3rd July.