Dispute between doctors and nurses in Kandy aggravates 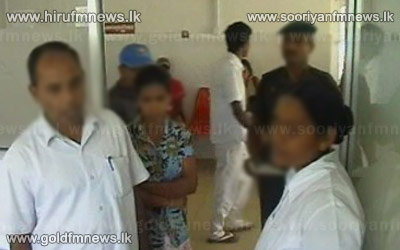 The dispute between the doctors and nurses over a room of the Kandy hospital has not settled as yet.

Patients were inconvenienced today too due to the token strike launched yesterday by the members of the Government Medial Officers Association.

The dispute started as hospital nurses objected to reserve a rest room for anesthesiologists close to the operation theatre saying that it would pose a hygienic risk.

Later GMOA demanded an inquiry over an incident where nurses have allegedly locked up the door while an anesthesiologist was in that room on Saturday.

Deputy President of the GMOA Kandy branch Dr. Lalith Gamage said that the strike was launched as the Health Ministry failed to conduct the inquiry.

He threatens to continue the strike tomorrow as well.

However the hospital nurses say that the dispute should not be developed into a crisis level between the two professions.

President of the All Ceylon Nurses Association S.B. Mediwatta had this to say.