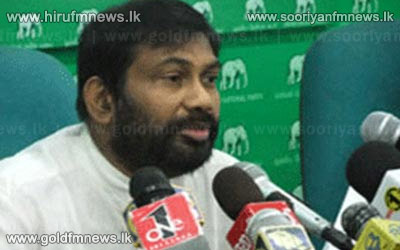 The UNP states that 58 members of the United People’s Freedom Alliance have discussed about joining the UNP.

The National Organizer of the UNP Daya Gamage made this statement while speaking at a press conference held in Colombo today.

Already 6 UNP pradeshiya sabha members from the Panduwasnuwara seat where former MP Dayasiri Jayasekara was the chief organizer has joined the government.

However, during the press conference held today the National Organizer of the UNP Daya Gamage did not fail to remind about the past of former MP Dayasiri Jayasekara.

The National Organizer of the UNP Daya Gamage then stated that 58 UPFA local government members have discussed with him regarding changing parties.

However, Sri Lanka Freedom Party Parliamentarian Shantha Bandara stated that two more popular UNP members who speak to the media frequently will be joining the SLFP.

He made this statement while taking part in the political talk show ‘Balaya’ telecast on Hiru TV last night.