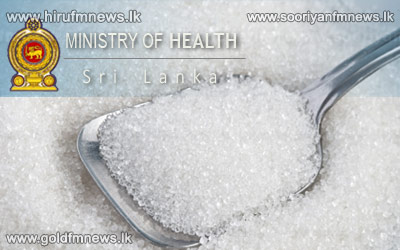 The Ministry of Health states that sugar imported to the country does not contain any traces of heavy metals following laboratory tests.

In the recent past various parties stated that imported sugar contained Cadmium and Arsenic.

This revelation was first made by the Ministry of Agriculture.

Minster of Agriculture, Mahinda Yapa Abeywardena stated that this discovery was made following a series of tests conducted by a group of specialists of the Ministry of Agriculture.

Subsequently lecturer of the Rajarata Medical Faculty Dr. Channa Jayasumana stated that imported sugar contained Arsenic based on tests carried out by him.

However, the food and environmental health unit of the Ministry of Health began a special laboratory test regarding this where several samples of imported sugar were subjected to a special test.

Results of the tests had shown that the imported sugar had not contained any traces of Cadmium or Arsenic.

Daily consumption of sugar in Sri Lanka is approximately 1600 metric tons and 91% of that is reported to be imported sugar.