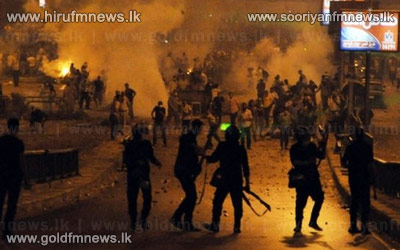 Violent clashes have broken out in the Egyptian capital Cairo where defiant supporters of ousted President Mohammed Morsi are staging a protest.

Running battles are taking place around the Rabaa al-Adawiya mosque and several people have been injured.

Reports quoting medics say at least 16 people have been killed.

Overnight, huge rallies were held by supporters and opponents of Morsi.