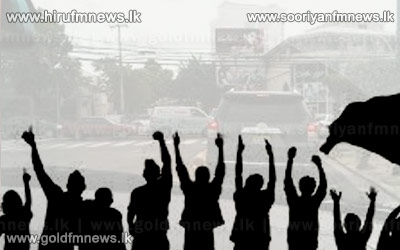 A protest was initiated in the Weliweriya – Rathupaswala region as a result of a issue regarding water faced by the residents of several villages including those of Gampaha – Weliweriya and Handungamuwa.

Due to the protest traffic was disrupted along the Kaduwela Belum - mahara new Kandy road this morning.

Residents of the region allege that due to a factory located in the region the pH value of the water in their wells have dropped below safe standards.

Speaking to our news team several residents explained the situation they faced in the following manner.

The edition of Red Notice broadcast on the 25th highlighted this issue faced by the residents of the Gampaha – Weliweriya – Handungamuwa regions.