SLMC decides not to join with the TNA 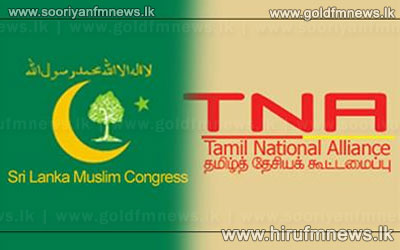 The Sri Lanka Muslim Congress has decided to not enter into any form of alliance with the Tamil National Alliance during the up coming provincial council elections.

The decision was taken when the Supreme Council of the SLMC convened yesterday.

Speaking to our news team national organizer of the SLMC Shafeek Rajabdeen made the following statement regarding the decision taken.

Meanwhile, the Supreme Council of the SLMC also turned its attention to the statement made by the chairman of the SLMC.

Party chairman parliamentarian Basheer Segudawood had stated that the SLMC will be contesting for the provincial council elections together with the government.