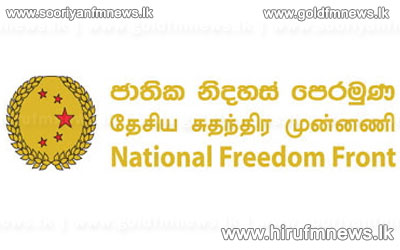 The National Freedom Front says that if a final decision is not reached regarding police and land powers before the Northern Provincial Council election, they would leave the parliamentary select committee that has been appointed to address the national issue.

Media Spokesperson of the NFF M. Musammil expressed these views.

However, General Secretary of the Bodu Bala Sena Organization Galagoda-aththe Gnanasaara Thera expressed these views at a recent media briefing regarding the NFF.