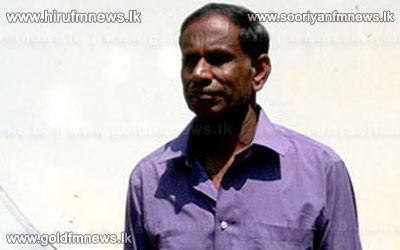 According to sources the government has decided not to provide nominations for the Northern provincial council elections for former LTTE members.

Signing of UPFA nominations for the Northern PC was held today at the presidential secretariat.

However Daya Master was not present at the occasion.

Previously Daya Master stated that he is willing to contest for the betterment of the people in the Northern Province.

However, sources close to Daya Master States that he is preparing to contest independently.

Although our news team queried him regarding this he stated that he has not taken such a decision yet.