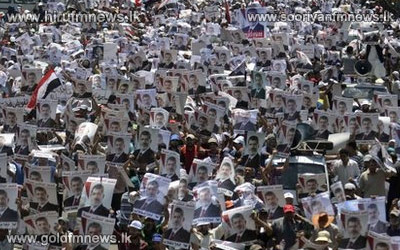 Supporters of ousted Egyptian president Mohammed Morsi have defied threats of removal from their sit-in protest in Cairo, despite the deaths of dozens in clashes with security forces.

Speakers from the pro-Morsi Muslim Brotherhood addressed protesters overnight, saying they would not back down from their demands.

They want Morsi - removed from power by the army on 3rd July - reinstated.

Meanwhile, the US has expressed deep concern at the bloodshed - the worst since Morsi’s ousting.