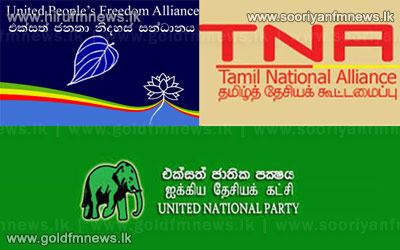 Sources say that signing of UPFA nominations relevant to Northern and North Western Provinces will be concluded today.

By yesterday about 95 per cent of signing of nominations had been completed.

The signing of nominations took place at the Presidential Secretariat.

Reports say that UPFA nomination for the Central Province is complete with regard to the Kandy and Matale districts by now.

Speaking further UNP MP John Amarathunga had this to say……..

The TNA will be handing over nominations for the 5 districts in the North today.