3 cases against the former Chief Justice. 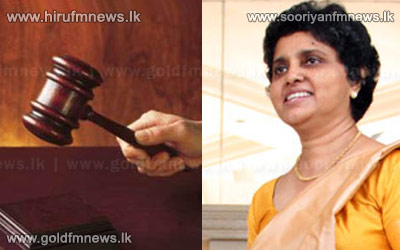 The Commission to investigate Bribery or Corruption filed a case against former Chief Justice Dr. Shirani Bandaranayake today for not declaring her assets for the years of 2010, 2011 and 2013.

The Bribery Commission has sued Dr. Bandaranayake on 6 counts of charges for her failure to submit income and expenditure reports for these 3 years.

The Commission to investigate Bribery or Corruption questioned Dr. Bandaranayake on several occasions over her earnings during her tenure as the Chief Justice.