A special circular for provincial politicians of NW and Central provinces. 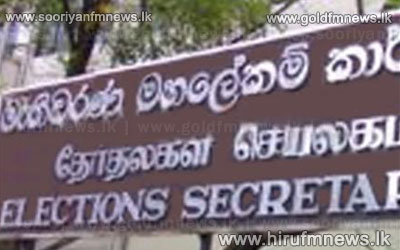 The Election Secretariat has issued a circular informing the former Chief Ministers and Provincial Minister of the North Western and Central Provincial Councils to return their official vehicles before the 31st of this month.

Deputy Election Commissioner M.M. Mohamed said that the circular which issued yesterday informed the Chief Ministers and the Provincial Ministers to return them to the respective Provincial Secretaries.

The Deputy Commissioner said that this step was taken after complaints were received by his office saying that certain candidates are using government vehicles in their election propaganda campaigns.