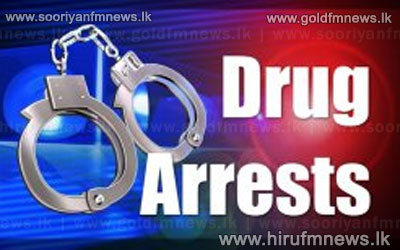 The officers of the Narcotics Control Matara Division seized over 40 million rupees worth of heroin.

A top police officer in charge of the raid said that it was the largest narcotic heist seized so far in the Southern Province.

Police have also arrested the main suspect ‘Kudu Gamini alias Pathola Gamini’ while he was transporting a bag of narcotics in a motor cycle.

Kudu Gamini is believed to be the main distributor of narcotics in the South.

Police investigations reveal that the suspect had rented a house in Pelena, Galle to carry out the drug dealing business while pretending as a philanthropist in the area.

Police also arrested another 5 persons who had assisted him to distribute narcotics in Matara, Weligama, Hikkaduwa and Ambalangoda areas.

A special police team has also been deployed to arrest another suspect who provided narcotics to the main suspect in the South.