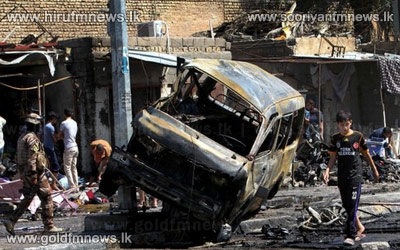 A wave of car bombs has killed at least 48 people in mostly Shia areas of the Iraqi capital, Baghdad, and in other cities around the country.

More than 100 people were wounded in the attacks.

More than 2,500 Iraqis have died in attacks since April, the UN says - with violence at its highest since 2008.

The spike comes amid heightened Shia-Sunni tensions. Sunnis say they are being marginalised by Prime Minister Nouri Maliki's Shia-led government.