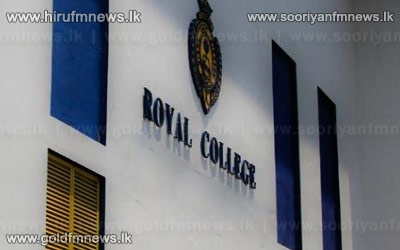 The protest which was staged by a lady teacher of the Royal College against the transfer of 3 teachers including herself is still being held.

The lady teacher started the protest on the roof top of a school building this morning.

General Secretary of the Lanka Teachers Association Joseph Starlin charged that these teachers had given evidence before the Public Service Commission which is probing certain allegations against the principal the College.

When contacted Royal College Principal Upali Gunasekera, he had this to say.