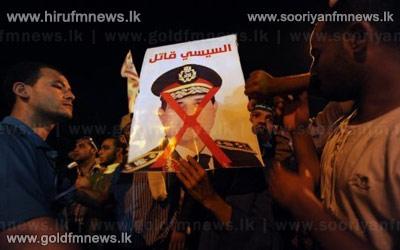 Catherine Ashton visited Morsi and held two hours of "in-depth" discussions with him.

The location of the meeting was not given, but Morsi has been detained since he was overthrown by the military on 3rd July after days of mass protests.

Baroness Ashton's visit comes after more than 70 Morsi supporters were killed in clashes with security forces.