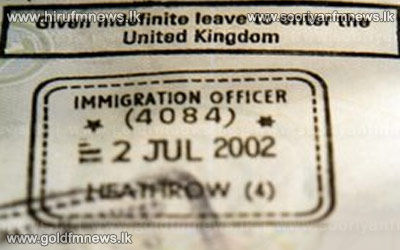 The majority of cases involved people already likely to have been living in Britain for a number of years.

The Home Office says it is determined the UK doesn’t become a “refuge for war criminals”.

It made “adverse recommendations” against 99 people who had applied for British citizenship, asylum or leave to remain in the UK.

A further 16 war crimes suspects had applied to enter the UK.

However, the National patriotic movement alleges that war criminals are still living in the UK.

General Secretary of the Party Dr Wasantha Bandara elaborating further had this to say.........