Another ransom charge against Vaas Gunawardana; order to appear before Mahara court on the 5th. 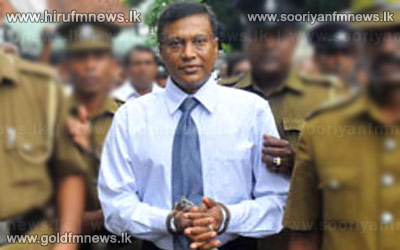 Mahara Magistrate  Darshikaa Wimalasiri ordered the Welikada Prison Superintendent yesterday to produce former DIG Vaas Gunawardhana before court on 5th over a charge of demanding under death threat a ransom of 2.5 million rupees from a businessman and obtaining a sum of 1 million four hundred and 80 thousand rupees.

The Magistrate issued this order in accordance with the request made by CID officers.

The CID special investigation unit further informed court that this ransom had been demanded while threatening to kill him and accusing him of illegally using firearms and trafficking drugs.

Considering the report the CID had submitted, the Mahara Magistrate ordered that  former DIG Vaas Gunawardhana currently imprisoned in connection with killing businessman Mohamed Siyaam be produced before court on 5th instant.