The US Secretary of State, John Kerry arrives in Pakistan 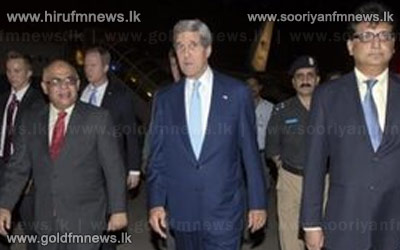 The US Secretary of State, John Kerry, has arrived in Pakistan for talks with the newly-elected government of Prime Minister Nawaz Sharif.

His visit had not been publicly announced because of security concerns.

The talks will focus on the economy and counter-terrorism measures. Kerry is also expected to try to ease tension over US drone strikes against suspected militants.

The secretary of state is set to meet Sharif and outgoing President Ali Asif Zardari in the capital Islamabad today.