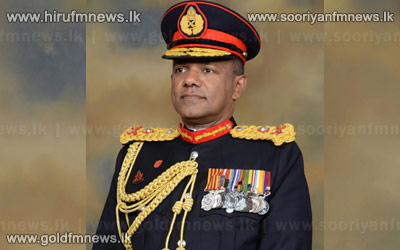 He takes over from General Jagath Jayasuriya who is to take reins as new Chief of Defence Staff.