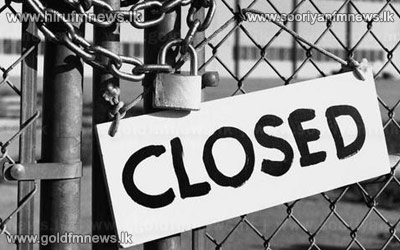 The Security Forces has tried to disperse the residents of Ratupaswala who are blocking the Kandy Road at Belummahara in protest of the drinking water problem.

Our area correspondent said a tense situation erupted between the Security forces personnel and the protesters at that time.

He said that 4 media persons on the spot were also injured in the commotion and 2 journalists are receiving treatment at the Gampaha base hospital.

When Our news team contacted military spokesperson Brigadier Ruwan Wanigasuriya regarding the incident this was his reply…..

The case in connection with the controversial factory which is operated at Nedungamuwa in Ratupaswala was taken again for hearing today for its second day.

The Magistrate said that the reports submitted by the police and the lawyers on behalf of the affected residents to support the case were not sufficient to continue the hearing.

When the case was taken for hearing today, the Gampaha SP informed the Court that 25 complaints were received by yesterday night.

The lawyers of the faulted factory requested the Court to get the roads entering to the factory cleared as they are now blocked by the residents.

Then the Court informed the lawyers that it cannot issue an order to evacuate the residents.

Gampaha Magistrate Heshan de Mel said that the police have the necessary powers to maintain law and order in the area if it is challenged.

The case will be considered again on August 22.