A father sets ablaze demanding for 500 thousand rupees in Galle. 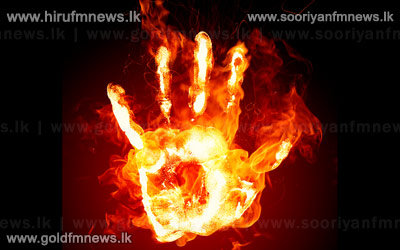 A father set himself ablaze when his son refused to give him 500 thousand rupees.

The tragic incident was reported from Galle – Koggala area this morning.

The son of the victim had sold a land for 11 million rupees and according to the Galle police the 98 year old father had asked for 500 thousand rupees from his son.

After refusing to give the money the farther set himself ablaze.

The police further stated that the 98 year old is currently receiving treatment for severe burn injuries at the Karapitiya hospital.