22 injured during the Waliweriya incident still receiving treatment. It is the responsibility of the govt to provide water; says UNP. 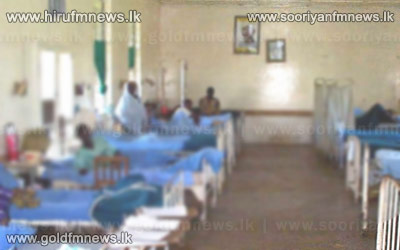 United Bhikku Front states that it is the responsibility of the government to provide clean drinking water to residents in Rathupaswala.

Chairman of the front Thiniyawala Palitha thero made this comment participating at media briefing held in Colombo today.

Another person who was injured during the protest in Rathupaswala over their drinking water issue succumbed to his injuries at the Colombo National Hospital yesterday.

This brings the death toll to 2 while 4 more continue to receive treatment at the hospital.

Meanwhile, the funeral of the 17 year old student who was killed in the protest will be held at the Weliweriya Cemetery.

22 persons who are injured during the clash are still receiving treatment in Colombo, Gampaha and Wathupitiwala hospitals.