Preferential numbers for the PC election either tomorrow or day after. 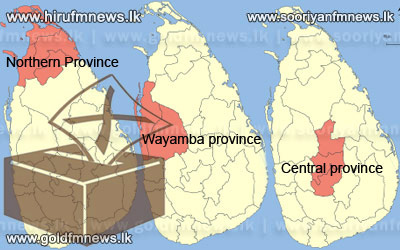 The elections secretariat states that preferential numbers will be given to candidates contesting for the forthcoming North, North Western and central provincial council elections either tomorrow or day after tomorrow.

Deputy elections commissioner M M Mohammed stated that verifying nominations of candidate lists for the 10 election held districts are in its final stage.

3,785 candidates from 19 political parties and 75 independent groups have handed over nominations to contest the elections for the 3 Provincial Councils in the North, North Western and Central Provinces.