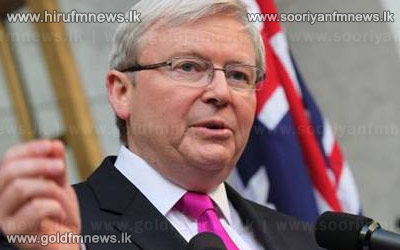 The date was announced after he visited the governor-general, a formality preceding an election announcement.

The head of the centre-left party faces stiff competition from conservative opposition leader Tony Abbott, who is favourite to win.

The economy, asylum seekers and climate change are among the key issues.