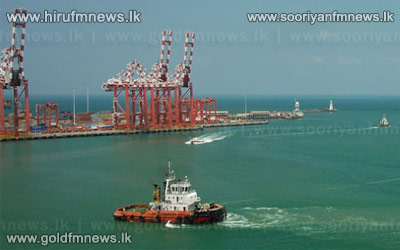 The massive terminal in Colombo is located mid-way on the lucrative east-west sea route and has facilities on a par with Singapore and Dubai.

The Colombo International Container Terminal, which is 85 percent, owned by the state-run China Merchant Holdings International, is designed to handle mega ships, a first for Sri Lanka which is aiming to become the region’s shipping hub.

Priyath Bandu Wickrama, Chairman, Sri Lanka Ports Authority (SLPA), said that shippers in India could save up to four days by routing their cargo through Sri Lanka rather than using Singapore or Dubai.

The SLPA is pouring millions of dollars into infrastructure around the island and says it is on course to increase container handling capacity by 1.6 million containers to 6.4 million by April.

It hopes to have a container capacity of 10 million by 2020, while revenue is forecast to triple to one billion dollars by 2020.