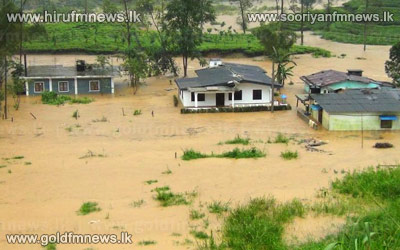 Close up on 600 families belonging to the Nuwara Eliya and Ambagamuwa Divisional Secretariat areas have been displaced due to the rain experienced in the central hills during the whole of yesterday and last night.

In addition the District Secretary said that the sluice gates of several reservoirs that were opened yesterday due to excessive rain would remain open today as well.

Authorities took steps yesterday to open the sluice gates of the Lakshapaana, Canyon, and Mousekelle reservoirs.

Meanwhile a person was killed as a result of an earth slip on a house in Sinhapitiya in Gampola.

Four other persons injured in the accident have been admitted to the Gampola hospital.

Reports say that small children too are among the wounded.

The meteorology department states that few showers will occur in the Central, Sabaragamuwa, Western and Southern provinces.

Meteorologist Jeewan Karunarahne speaking further stated that there will be showers at times in the sea areas off the coast extending from Puthlam to Mathara via Galle and the deep sea areas off Northern coast.