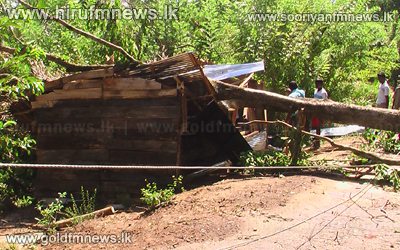 The National Disaster Center reported that 5035 persons belonging to 1589 families of 5 districts were affected due to strong wind and heavy rain lashed in these areas yesterday night.

Deputy Director of the Center Pradeep Kodipillai said that the residents in the Central Hills should take extra cautions about landslides.

The Meteorology Department stated that the wind speed over the country and especially in the Western slopes of the Central Hill could increase up to 70 kilo meters per hour.

Meteorologist on duty Jeevan Karunarathne elaborating further had this to say….

Meanwhile the spill gates of the reservoirs at Ma-Ussakele, Castlereigh, Lakshapana, Canyon and Victoria have been opened due to the heavy showers being lashed in the Central Hills.