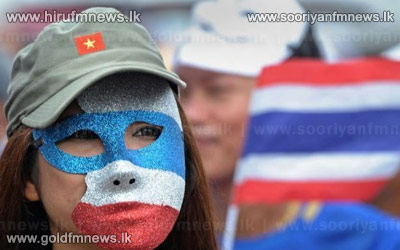 Hundreds of Thai protesters gathered in Bangkok to rally against the government and divisive former premier Thaksin Shinawatra amid worries over the potential for fresh unrest in the politically-turbulent country.

Brandishing Thai national flags as well as the yellow emblem of the country's monarchy, demonstrators milled around restaurant carts and memorabilia stalls set up at the protest site in a central Bangkok park.

Organisers of the self-styled "People's Army" rally -- a coalition of ultra-royalist and nationalist groups -- addressed the crowd from a stage, calling for the end of the current government and slamming its self-exiled figurehead Thaksin.