US senators to join Egypt talks 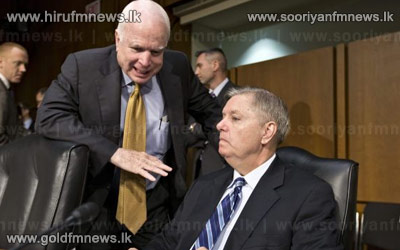 US senators John McCain and Lindsey Graham are due to arrive in Cairo as diplomatic efforts to end Egypt's political crisis intensify.

US and EU envoys have been meeting officials from the military-backed government and supporters of ousted President Mohammed Morsi.

Their talks took place amid mounting tension over plans to break up two mass sit-ins by Morsi loyalists in Cairo.

The pamphlets, which were dropped over the Rabaa al-Adawiya square, pledged protesters would face no action if they had not committed a crime whilst demonstrating.