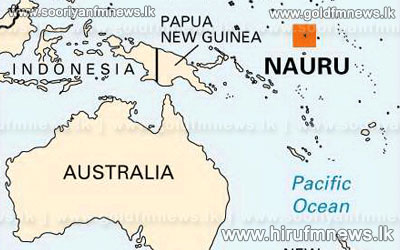 Australia and Nauru Island entered a new agreement to accommodate illegal boat people including Sri Lankans those who are trying to enter Australia.

President of the Republic of Nauru Baron Waqa and Australian Premier Kevin Rudd signed the agreement on behalf of the two countries.

Illegal immigrant families and children without guardians, who reached Australia, would be sent first to Nauru under this agreement.

Australian authorities stated that the new agreement is similar in its structure to that of the agreement between Australian and New Guinea; which was signed recently to send Australian bound illegal immigrants for processing and resettlement.