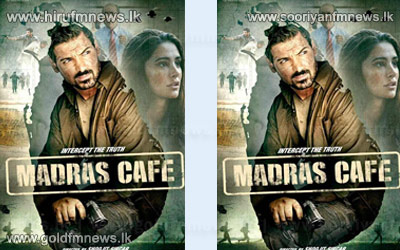 Actor John Ebraham of the film Madras Cafe’ says that the film produced based on the Sri Lankan war is not a Sri Lankan Government investment.

The actor said yesterday that there was no truth in the rumours certain Indian sources were spreading about the film.

Well-known Bollywood actor John Ebraham attested that no one other than the film’s producers had made any investment on the film.

That was after the trailer launch of the film in Chennai yesterday.

Meanwhile Indian reports said that action had also been taken to screen the Tamil language voice-dubbed copy of the film Madras Café in Madras on August 23rd in spite of opposition from LTTE sympathizers in Madras.