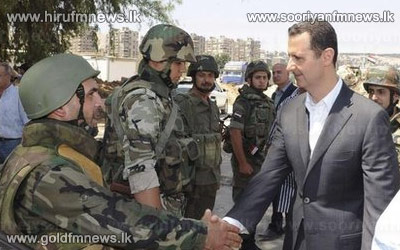 Deadly clashes have been reported between opposition fighters and troops for a second day in the coastal region.

Latakia is the ancestral home of the Assad family.

The offensive comes after loyalist forces made recent gains in the cities of Damascus, Homs and Aleppo.