Death penalty on husband who murdered wife with pesticide jab. 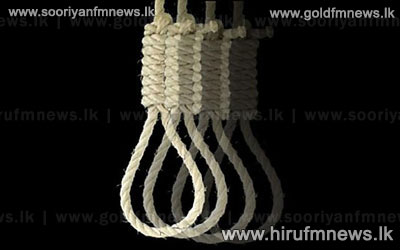 A husband who injected his 37-year-old wife pesticide and murdered her was sentenced to death by Kegalle High Court Judge Menaka Wijesundera today.

The 51-year-old convict, a resident of An-hettigama in Deraniyagala had committed the murder over a family dispute on the 27th of December in 2006.

Besides 2 personal bails for 2.5 million each and a 50 thousand rupees cash bail on the suspect, the Magistrate issued two bail conditions on the suspect preventing him from intimidating complainants and witnesses and leaving the country.

Udeni Athukorala was arrested while trying to obtain a bribe from Bentota PS Chairman promising to issue a soil transportation permit.