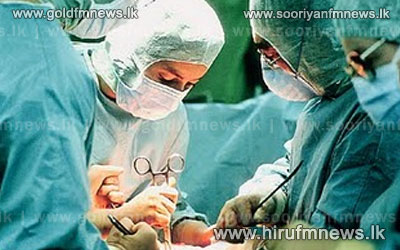 All surgeries at the Kandy General Hospital Cardiology Unit have been temporarily suspended.

The reason for this is the uninterrupted strike the doctors of the Unit have launched.

Kandy General Hospital heart surgeons have launched this strike alleging that authorities had taken steps to fill a vacancy in the Colombo National Hospital Cardiology Unit in an improper manner.

It is normal practice to appoint a senior heart surgeon from the Karaapitiya or Kandy hospital to fill a position vacated by a National Hospital cardiology doctor.

The doctors on strike charge that the vacancy has been filled in with a junior doctor, violating the general practice.

As a result of this all Kandy General Hospital heart surgery theatres remained closed yesterday.

The number of patients on the waiting list at the Kandy General Hospital that performs four heart surgeries per day is close to 600.

He said that heart surgeries were taking place as usual at the Colombo National Hospital.

The Director also said that there was no problem among the doctors there.