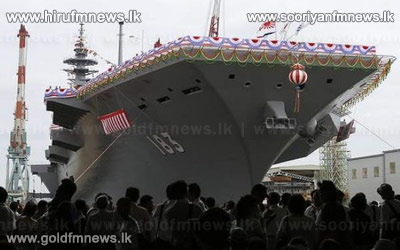 A day after Japan unveiled its largest warship since World War 2, North Korea warned that Tokyo was following a militarisation programme that had already crossed "the danger line".

A commentary by the official Korean Central News Agency highlighted a Japanese Defence Ministry paper published last month that stressed the need to boost the strength and range of forces required to protect Japan's far-flung territories.